Driving a vehicle where the steering wheel sits two storeys off the ground while carrying a payload of close to one million pounds might intimidate some people.

But Nicole Rymes, who had never even driven a pickup truck growing up in the Ottawa Valley, isn’t one of them. And whether driving a heavy hauler to convincing her manager to dress up as a superhero for a United Way fundraiser, Nicole is not afraid to take on challenges that might daunt others.

“I moved to Fort McMurray in 2008 after going on a vacation and catching up with a cousin who had moved there,” says Nicole. “I arrived in Fort McMurray on a Tuesday and started working at Aurora on that Friday, driving a 797 for a contractor. It happened that quickly.”

After joining Syncrude as an employee one year later, Nicole moved from the operator’s seat to a series of new roles, each with different challenges.

“I’ve received several great opportunities working at Syncrude, from working as a mine dispatcher to becoming a field leader to working with Internal Audit and Business Controls so our four mining teams at Aurora complied with their systems,” says Nicole, who now works as a Leadership Development Coach, working to improve the skills of frontline leaders throughout the organization.

Along the way, I’ve learned a lot through the different roles, tasks and opportunities I’ve been given.

I’ve also been fortunate to have some great mentors, such as Lynn Smith, Gary McNeilly, Sherill Stevens and Glen Finnson.”

Nicole began balancing her careers work with commitments with a new and growing family. “I met my husband Ken here – he works for Suncor in tailings management as project specialist,” says Nicole, who was married in 2012. “We have two daughters. Alice was born in 2013 and Lucy came along two years later.” 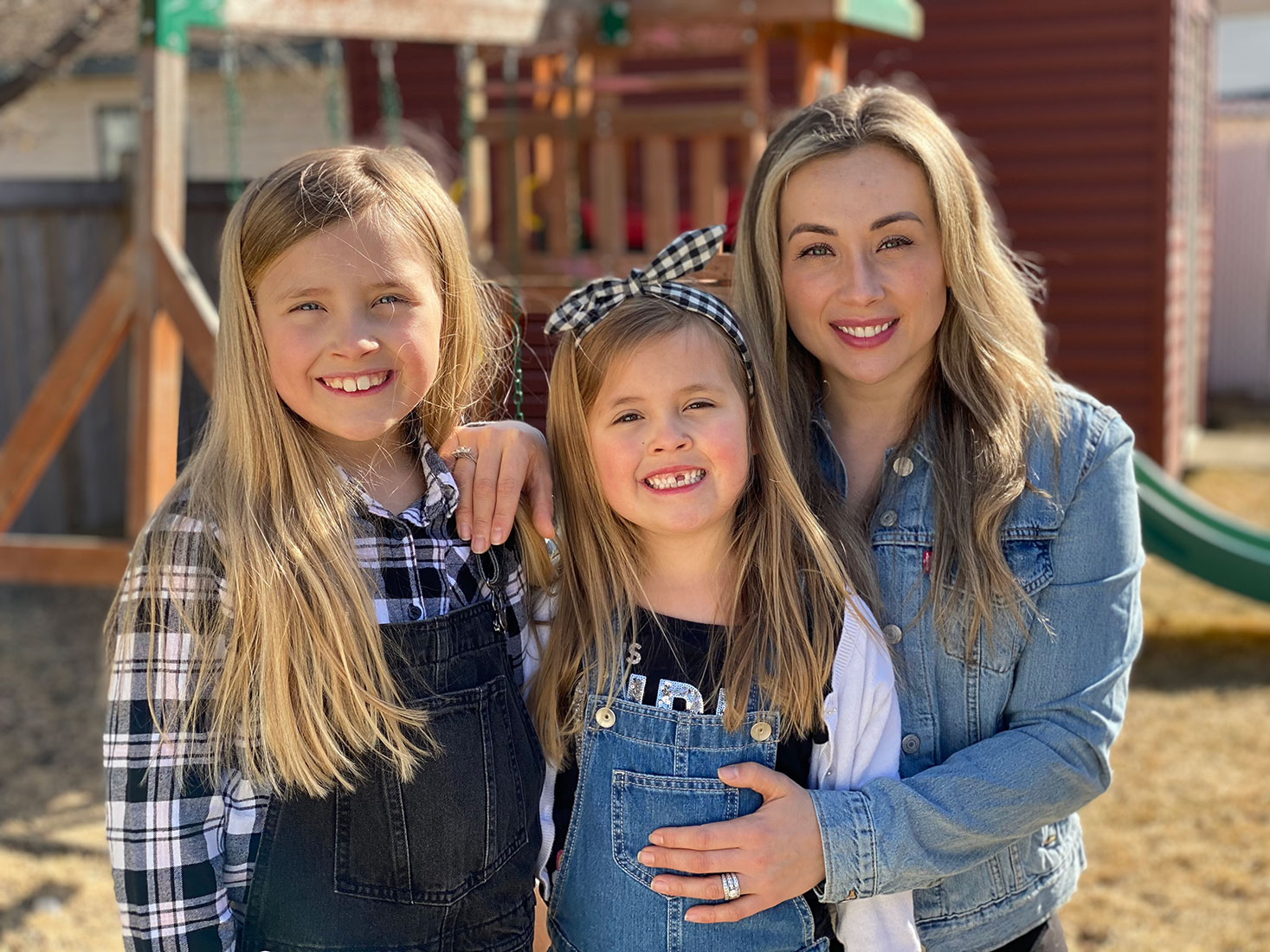 Balancing the commitment of her career and family poses challenges willingly embraced by Nicole as well as by her husband.

“It’s something that everybody has to deal with it but I’ve always had a lot of support from my leaders when something has come up, such as one of the girls has come down with something. They’ve always been understanding and I don’t think that’s something unique to me,” she says. “What’s funny is the kids are very proud of the fact that their Mom works at Syncrude. My oldest daughter attends school at St. Anne’s and when the teacher mentioned a particular initiative was sponsored by Syncrude, she stuck up her hand and told everybody ‘My Mom works there!’”

She’s also applied some lessons working in her field coaching role to her parenting.

As a field coach, you are working with leaders to help shape the behaviours of employees in a positive way through teaching applied behavioral science.

A lot of this is around identifying positive behaviors and highlighting them through positive reinforcement,” she says. “This has definitely influenced how I parent my children. I’m looking for positive things that I see them do and highlighting them, whether it is tidying their rooms or clearing the dishes after a meal.”

In addition to her roles at work and home, Nicole has taken on another challenge as the chair of this year’s Syncrude United Way Campaign for employees, which supports the United Way and its agencies in Wood Buffalo, Calgary and Edmonton. 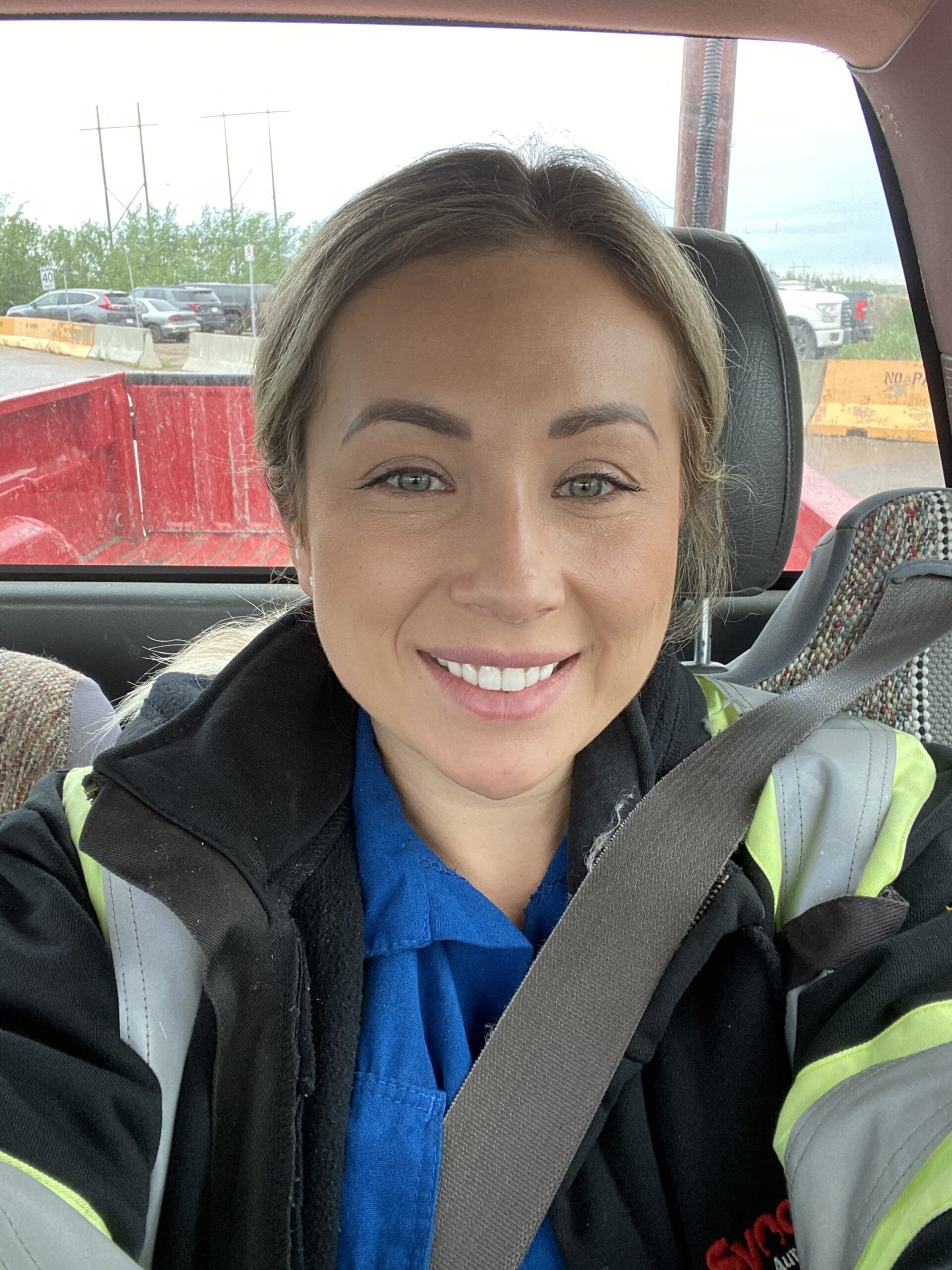 “I started out with the United Way by helping out the coordinator of the Aurora campaign. We’d organize barbecues and make sure all the shifts could see the United Way rollout presentation,” she says. “I took on that role next year and I had a lot of fun with it. I created a superhero competition where all employees at Aurora could cast their vote for somebody they’d like to see dress up as a superhero for a day. Gary McNeilly, who was the manager up there at the time, ‘won’ the contest and was a very good sport about donning a mask and cape. It raised a lot of money for a great cause.”

Syncrude Vice President Bill Chase, the executive who sponsors the employees’ United Way campaign, asked Nicole to serve as co-chair for the 2020 campaign, which raised more than $2.1 million.

Nicole’s passion for the cause really stood out when she was organizing the United Way events at Aurora and growing the campaign wide merchandise program.

It made her a natural to approach for a leadership role with the overall campaign,” says Bill. “Her creativity in finding fundraisers and champions in different areas so our employees could hear the message and participate has helped the United Way campaign succeed, despite the considerable challenges posed by COVID-19.”

And for her part, Nicole sees volunteering to help the United Way as part of her commitment to making Fort McMurray a better place to live and work for her family and her coworkers.

“I’m proud to work for an organization that has made significant investments in this community and encourages its employees to volunteer to help make this a wonderful place to work and raise a family,” she says. “As a mother, it makes me feel good to see my daughters have the opportunities provided by Syncrude and others in industry. You see it in the schools but also in the recreational facilities and programs in the region. Seeing what my daughters have available to them makes for a pretty good Mother’s Day gift.” 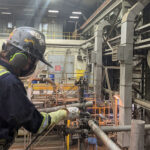 One remarkable milestone leads to another. 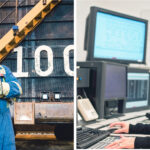