Growing up in Fort McMurray, Rochelle Young never celebrated her Indigenous roots, largely because her family didn’t talk about their heritage.

“I always knew I was Indigenous but there was no cultural practices in our home when I was growing up,” she says. “We just didn’t really talk about it very much.”

Rochelle’s role at Syncrude working with First Nations and Métis communities as an environment advisor triggered a curiosity to learn more about her roots. And that search caused her to learn some of her qualities were shared by her forefathers.

“When I started working at Syncrude, it was my role at work that caused me to learn about my history. I was working as an environmental advisor and talking with community members in Fort McKay about their odour concerns.” says Rochelle.

She began tracing her family history and learned about her great-great-great grandfather, an Iroquois man from Quebec named Louis Kwarkwante and how he arrived in Alberta.

“He ended up travelling across the west as a voyageur, helping fur traders get to Alberta,” Rochelle says. “He ended up marrying a Cree woman. The interesting thing is the Iroquois were known for their skill in agriculture according to the reports of the Indian agents I’ve read. Farming was natural for him.”

Syncrude proved to be a similarly good fit for Rochelle, who grew up in Fort McMurray with both of her parents working for the oil sands developer. 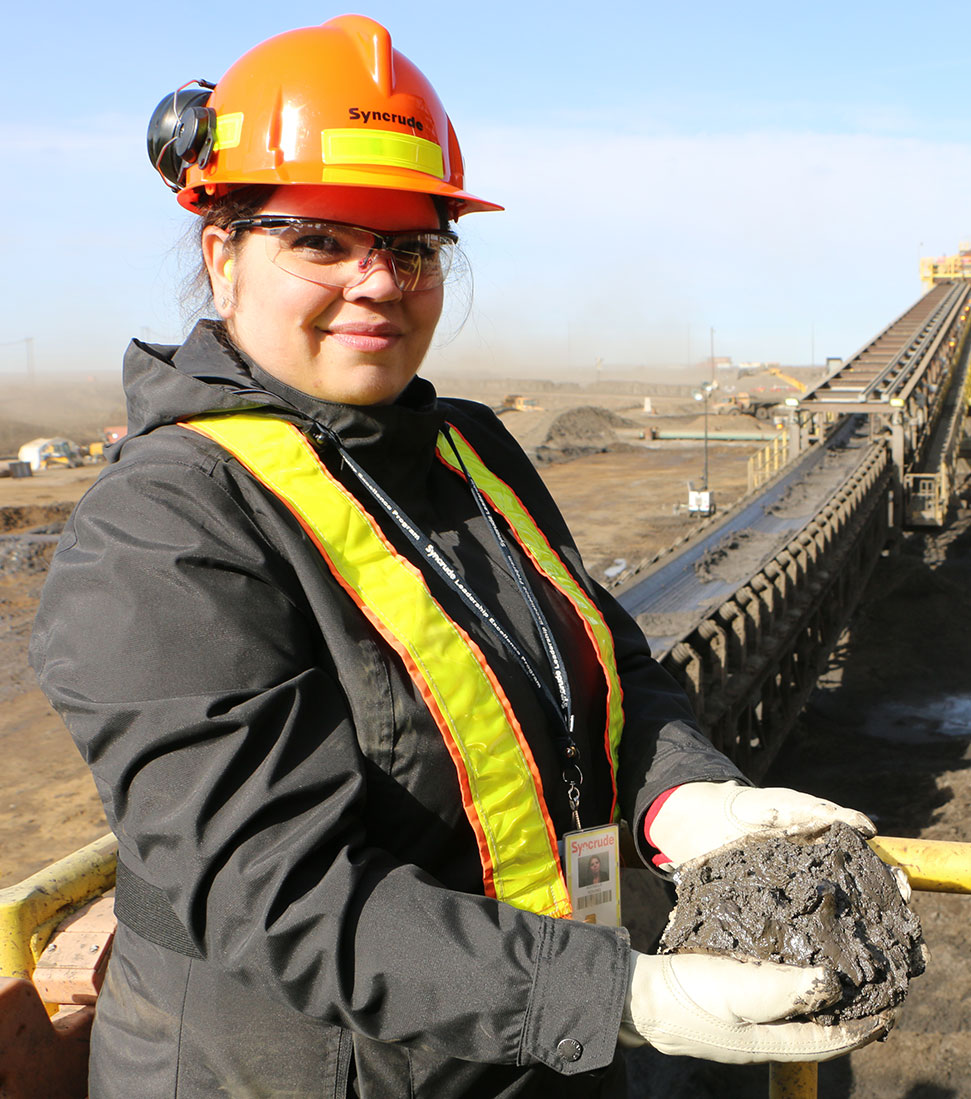 “My father Ron MacDonald worked as a process operator in Extraction. And most people will remember my mom Carol MacDonald as the office manager at Club 63 North, the social club for employees. So I am a ‘Syncrude kid’ from both parents,” she says. “I always had an interest in the environment from an early age. My dad and I would always be outside looking to catch bugs.”

After graduating from Father Mercredi High School, Rochelle attended Lakeland College, where she received a diploma in conservation and reclamation studies and later earned an applied degree in environmental management.

“I worked as a summer student at Syncrude while going to school and loved it. My final year of school was an eight-month practicum in Environmental Services, where I worked on everything from wildlife management to waste management to water management. I was hired as a full-time employee from there.”

At the start of her career, Rochelle’s main focus was reporting on air quality concerns as Syncrude brought units built during the UE-1 expansion. “It was a challenging job as we were experiencing some problems and my job was having to explain why things went wrong,” she says. “I realized I wanted to make things better, not just report what was wrong.”

That epiphany led her to move to land reclamation, working on regulatory plans.

I want to feel like I’m making a difference. That’s core to who I am as a person. That’s why Choose to Challenge – this year’s theme for International Women’s Day – really speaks to me and my values.

Rochelle has discovered she came by that attitude honestly. Her great-great-grandfather Michel Callihoo was the first Chief of the Michel First Nation, a band northwest of Edmonton which signed Treaty 6 in 1878. Its 100-square-kilometre reserve was located on some of the richest agricultural land in the province and members came under heavy pressure to surrender it by the government. The band was “enfranchised” in 1958, which stripped members of their Indian status in exchange to vote in Canadian elections. It was only First Nation to be enfranchised under the Indian Act.

“A lot of members fought in the Second World War, wanted the same rights and privileges as their counterparts whom they fought beside so they gave up their Treaty rights in order to have the same rights,” Rochelle says.

My great-grand-uncle Felix Callihoo was one founders of the Métis Nation of Alberta.

“Another one of my great-grand-uncles, John Callihoo, founded the Indian Association of Alberta. Many of my ancestors fought for change and equal rights for Indigenous people. It’s a piece of my history where I feel a close connection.”

And now she is sharing that link with her three sons. 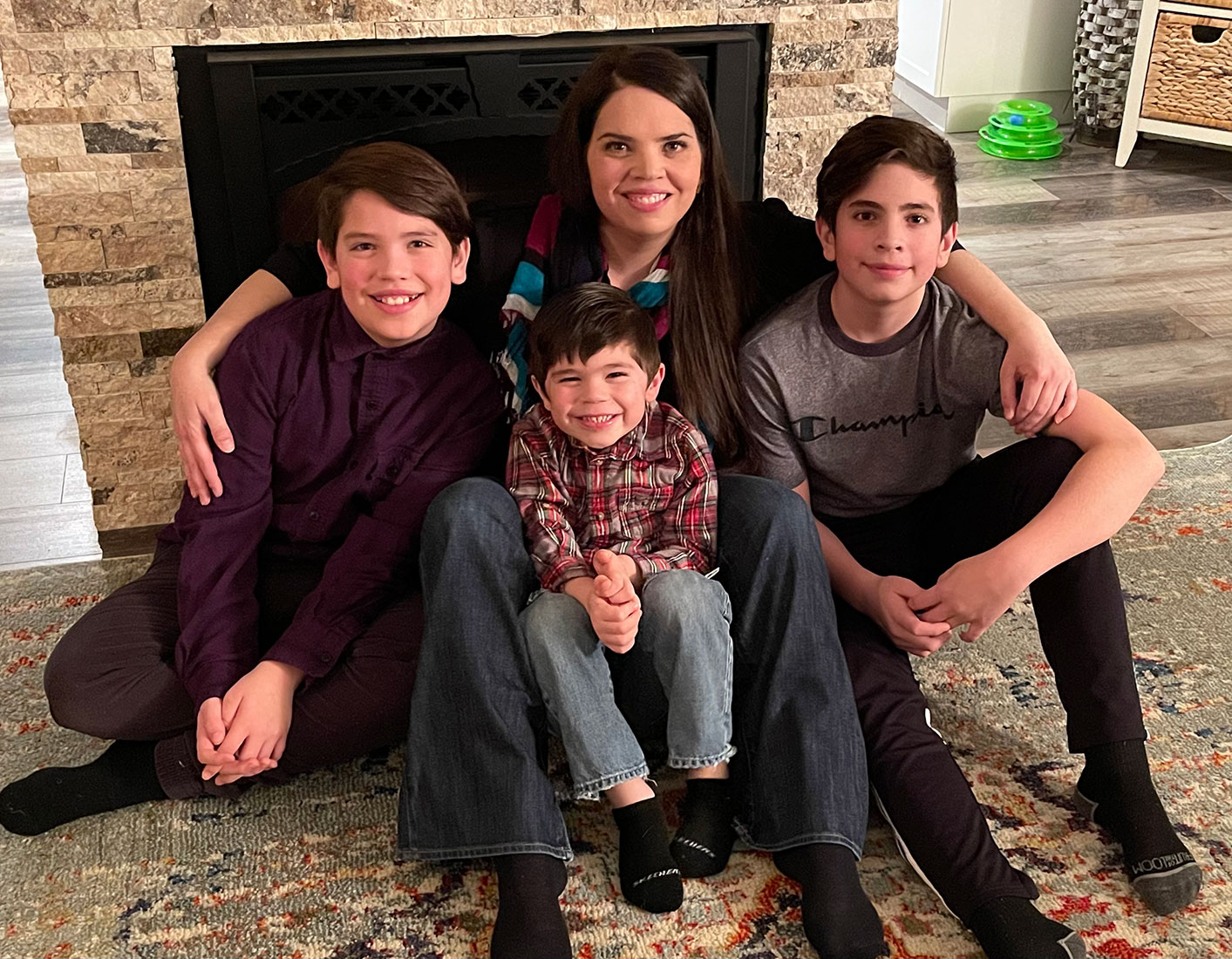 Syncrude’s Rochelle Young has made it a point to share stories about her Indigenous roots and celebrate the culture with her sons Jesse (left), Dylan (centre) and Cameron (right)

“It’s very important to me that they understand the history and culture as Indigenous people,” she says. “During the COVID-19 pandemic, I had some free time and attended a course put on by the University of Alberta about Indigenous history in Canada. I want to have those conversations with my children that I didn’t have with my parents while I was growing up. But it’s also important to note that today, the schools have events such as Orange Shirt Day to discuss the legacy of residential schools, which are great. And for my sons, it’s important for them to know because their grandmother and great-grandmother went to residential schools.”

For Rochelle, history is not just something to be remembered.

“I know a lot more about myself because of what I’ve learned in studying my family’s history,” she says.

She also brings that view to her current role at Syncrude as Regulatory Affairs Advisor working on several tailings projects, including Base Mine Lake, a former mine pit and tailings pond being reclaimed as a pit lake that sequesters tailings underneath the water layer.

“My new role has allowed me to reconnect with the First Nations and Métis communities in the region, which is something I really appreciate. It’s vital we engage with local communities on reclamation and land closure because there is a shared vision to have the land reclaimed in the best possible way,” she says. “When the land is returned, the communities can resume traditional uses. That’s something I understand and that’s a challenge I embrace.” 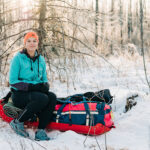 Syncrude employee run to promote the beauty of Wood Buffalo 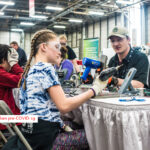