Neighbours across Highway 63 for more than four decades, Syncrude and Suncor helped build the oil sands industry and community together.

The two organizations began working together more closely in the past few years. A number of joint initiatives were launched, including a project to build a pipeline between Syncrude’s Mildred Lake site and Suncor’s Base Plant, secondments of employees between the two organizations, moving Syncrude’s Calgary employees to unused space in the Suncor Energy Centre and working together on several areas, such as camp services, winter drilling and security.

That collaboration was built upon earlier this week, when Suncor announced it had reached an agreement in principle with the three other Joint Venture owners to take over as operator of the Syncrude Project by the end of 2021.

Both Syncrude and Suncor have a long and proud history in the oil sands. In this next phase, we’ll be able to build upon each of our strengths to become stronger together.

“We can both benefit from each other’s expertise, similar operations and the regional proximity of our assets.”

“Part of the value of the Syncrude project is the people who know and run the asset. Syncrude is a large and complex operation and will continue to need a skilled workforce – one that continues to be high demand – to operate it,” Mike says.

Through the transition process, some workforce efficiencies and reductions are anticipated. However, for the vast majority of Syncrude employees, there will be little to no change to roles.

Suncor and Syncrude are committed to working closely on this transition to ensure it is done safely and thoughtfully. We are committed to being open, honest and respectful as any changes that impact people are made.”

The organization also share the value of building the region of Wood Buffalo and investing in the communities by providing support for programs, initiatives and new infrastructure. That commitment will continue, Doreen says.

“Syncrude’s community investment is an important part of the quality of life in the region. All commitments that Syncrude has made to the community will be honoured. If your organization is working with somebody from Syncrude, they should continue to serve as a point of contact,” Doreen says.

Syncrude will remain the operator of the project until the change is finalized, which will take place before the end of 2021.

Until that happens, Doreen says the organization will continue to focus on its key priorities.

“Syncrude will to focus on safely, reliably, responsibly and profitably producing crude for our Joint Venture Participants. That won’t change,” she says Our employees and contractors have demonstrated they can do this in the most challenging circumstances, from wild fires to COVID-19 pandemic.”

Syncrude will also continue its work in engaging with Indigenous communities in the region during this transition. “We have a long and proud history in this area,” Doreen says. “All agreements with communities will be honoured. Ongoing consultation and engagement will remain the same during the transition period as Syncrude remains the operator.”

Syncrude and Suncor will continue to keep employees and the wider community updated throughout the transition process.

“We don’t have answers to all the questions right now,” Doreen says. “But I do know we are stronger together. This move will support our goal to become regionally and globally competitive.”

We don’t have answers to all the questions right now. But I do know we are stronger together. This move will support our goal to become regionally and globally competitive. 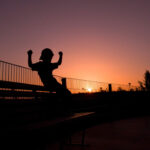 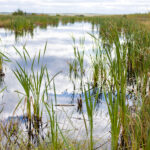