Brent Scott, who served as Syncrude’s president and CEO from 1974 to 1978, stands in front of the bison sculptures on Highway 63 that mark the southern edge of Syncrude’s leases.

This undated photo was taken when Mr. Scott visited the operation as a retiree.

Growing up in Calgary prior to the Second World War, Brent Scott used to walk up the brow of a hill at the end of the day, where the sunset would make the flaring from Turner Valley dance in the sky. “That was the oil industry,” he recounted in an interview for the Petroleum History Society’s Oil Sands Oral History Project. “(The oil sands) were kind of something that was never going to be developed. We heard about it in school and so on, but it was a very cursory knowledge.”

“He was the architect behind team concept that made the organization so resilient and able to respond to the challenges over the years. He always emphasized we could achieve better results working together. He was a very strong leader. He had what I would call a conservative style. At the same time, he provided the strong, decisive leadership needed at the time.

Mr. Scott shepherded the project through some troubled times during its infancy. “When I joined Syncrude in 1974 as construction manager, Brent was the president and had the job of going from the pilot plant operation to the major large commercial project,” John says. “There were many hurdles along the way. In 1974, the estimated cost of the project increased significantly and, around the same time, Atlantic Richfield withdrew. He helped bring in the federal government, the Alberta government and Ontario government and the project moved forward in early 1975.”

Don Thompson, who worked as Participant Liaison from 1980 to 1982, praised Mr. Scott’s ability to work with governments and Indigenous communities to build support for the fledgling industry.

He was foundational in establishing our Indigenous relations program and reaching out to different communities in the region. The Fort Chipewyan Rotational Program was established under his leadership

Don Thompson, who retired as Syncrude’s General Manager – Environment, Health and Safety in 2010 said, “He was a strong advocate of recruiting people from universities from across Canada and sent teams to key universities to get the right people. And because housing was a big issue, Syncrude – through Northward Developments – wound up building a large number of houses and establishing housing programs for the people who moved to Fort McMurray to join our organization. Anybody who interacted with Mr. Scott would have remembered him as one of the key builders of Syncrude.”

In the early 1980s, Syncrude faced a new challenge with a downturn in oil prices that led to a severe recession.

“We were well positioned to deal with those challenges because Brent’s leadership set up the organization for success. There was a spirit at Syncrude that we could overcome any challenge. He established the right culture and helped bring in great people from all over the country who were seeking a different challenge. There was a real camaraderie,” John says. “Frank (Spragins) was a very dedicated visionary who got the project going. Brent’s job was to provide the leadership to bring that vision to a reality.” 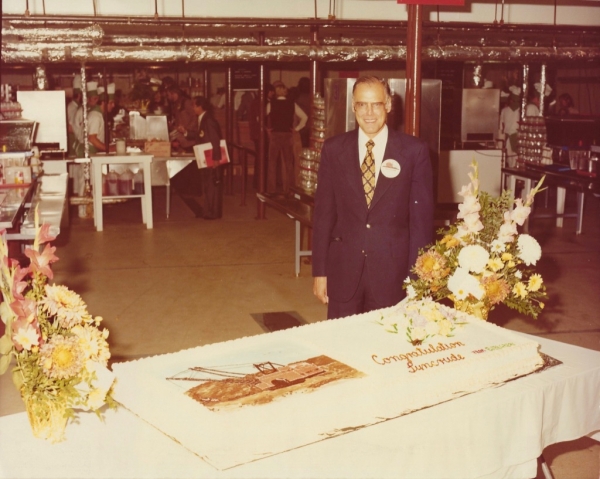 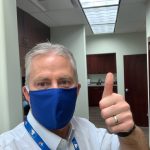 Syncrude ‘masks up’ for COVID safety 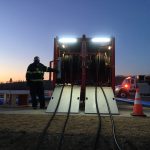