As a daughter of a sailor, Lesley Warren always felt a close connection to water.

As a daughter of a sailor, Lesley Warren always felt a close connection to water. But rather than following her father into the Royal Navy and exploring the briny deep, she followed her passion for water through scientific pursuits.

“My family was always linked to water because of my father, who was stationed throughout the world so we followed him. But water was always the thread,” says Lesley, who was born in England but grew up in several different ports of call. “Shortly after we emigrated to Canada when I was a teenager, I realized I could study water and wanted to pursue that. Water underpins human society.”

More than 30 years and two degrees later, Lesley is leading a team of scientists from the University of Toronto conducting critical research on Base Mine Lake, Syncrude’s demonstration project of its water-capping technology for fluid fine tailings.

With pit lakes such as Base Mine Lake, you need to know what you are leaving in the closure landscape will seamlessly integrate with the surrounding natural environment. In order to create a healthy aquatic environment, you need oxygen

Lesley, an applied scientist who combines geochemistry with molecular and experimental microbiology to identify the processes that affect water quality and reclamation outcomes. “There are geo-chemical processes influenced by invisible microorganisms occurring in these systems that influence how much oxygen exists in the water. Our research aims to identify these microbially linked processes that are driving both positive and negative outcomes, so Syncrude can be smart about designing water-capped tailings technology to promote the processes that help produce oxygen.”

Lesley and her team take water samples from different depths of Base Mine Lake throughout the year to further their understanding about those processes. “Microbes live under many more conditions than we can so we sample the entire depth of the water cap to capture all the possible microbial processes that may be occurring that can influence oxygen concentrations. During the winter, this means drilling through the ice to collect samples from the water beneath. We sample the water all year to capture any seasonal changes in biological activity so we can provide a robust baseline of important oxygen-influencing processes,” says Lesley, who holds the Claudette Mackay-Lassonde Chair in Mineral Engineering and serves as the director of the Lassonde Institute of Mining at the University of Toronto.

Lesley has worked on projects at Syncrude for more than 10 years after some of the company’s researchers heard her speak on how the organization could employ microbially integrated geochemical investigation as part of its strategy to develop sound, science-based reclamation. Lesley has come to appreciate the approach taken by Syncrude.

“It also is not afraid to go a little further afield to find the right solutions.”

Lesley has not always experienced that same welcoming attitude during her career.

“Any female professor in any of the hard sciences has likely faced those obstacles. When I started out, maybe five per cent of the professors in the hard sciences were female. In many cases, this number has not changed in the 20 years that I have been a professor. I was fortunate to have a couple of female role models in my career,” says Lesley, who completed her undergraduate degree and PhD at U of Toronto. “That’s changing in STEM (science, technology, engineering and mathematics). I’ve certainly not experienced any barriers in the dozen or so years working at Syncrude, but that’s an organization that values inclusivity and diversity. That attitude comes straight from the top and reflects the culture of inclusivity that is embedded at Syncrude; an organization that is led currently by a female engineer.”

Lesley’s sentiments were echoed by two of her field researchers, who appreciate how much she and other female leaders in STEM have helped change the landscape for the next generation of female scientists.

“I wasn’t really aware how women were positioned in science while I was an undergrad,” says Tara Colenbrander Nelson, a water scientist who has studied and worked with Lesley since 2001. “Because I had Lesley as a mentor, I probably wasn’t as aware of some of the challenges as others in the field.”

Yunyun Yan, a PhD student who has just joined Lesley’s group this last year from China, agrees with her colleague. “The expectations for me are no different than for anybody else,” she says. 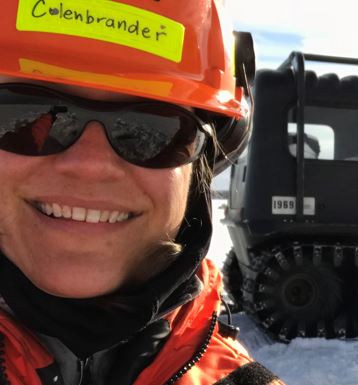 Being able to work in the field without any barriers helps produce better research, Tara says.

“There’s still a lot of science that can be learned from these projects. It’s a unique circumstance and a great place to be learning,” says Tara. “And that’s important because we work on closure projects, what happens after the mine is finished. You want the best people and brightest minds working on that so the environment is protected.”

And it’s difficult having the best people when you don’t include half of the population.

“Industry partners who want to develop the smartest strategies for these grand challenges are not going to want to limit themselves,” Lesley says. “We need to do the best we can do to steward water. I’m glad to be a part of finding those solutions because water will always be a part of who I am.”

Main photo: Lesley Warren holds the Claudette Mackay-Lassonde Chair in Mineral Engineering and serves as the director of the Lassonde Institute of Mining at the University of Toronto 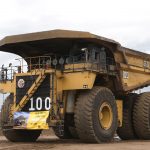 20 years and they keep on rolling 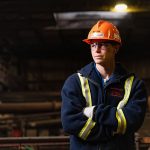