Stephen Morrison has never set foot in Syncrude’s R-and-D centre in Edmonton but his 31-year career has been shaped by the technologies developed by Syncrude’s scientists, which have touched just about every part of the operation.

In turn, Stephen’s contributions on pilot projects at Syncrude’s operations in Mildred Lake and Aurora have helped develop and improve the technologies that have revolutionized the industry. Along the way, those technologies have helped Syncrude produce three billion barrels, making it the largest single source of crude oil in our country’s history. 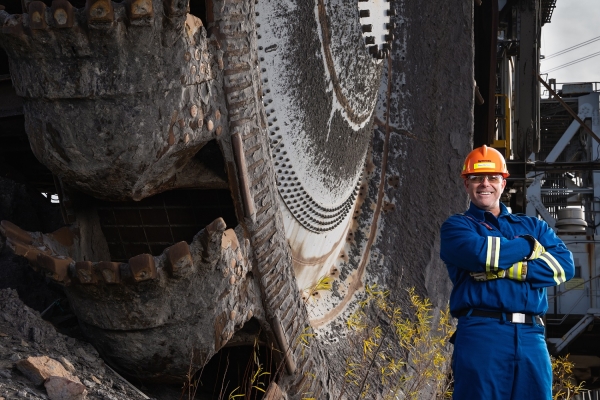 “I’ve seen a lot of changes since I came to Syncrude in 1988,” says Stephen, who started as an operator in the Base mine. Stephen first began working on a team that maintained the miles of conveyor belts carrying oil sands ore between the massive draglines and bucketwheels in the mine to extraction facilities. He then worked on the bucketwheels before hearing about an opportunity to take part on testing a ground-breaking new technology. “They were looking for people to work on the hydrotransport pilot and I put up my hand,” says Stephen. Hydrotransport replaced the draglines, bucketwheels and conveyors with shovels, trucks and slurry pipelines, which increased the company’s bitumen recovery while reducing greenhouse gas emissions. “Syncrude is always good about giving people opportunities. I’ve worked here 31 years and I’ve never been bored,” says Stephen, who subsequently worked on opening the Aurora mine and a centrifuge plant employing a new technology to manage fluid fine tailings.

Mal Carroll joined Syncrude 25 years ago as a researcher, about the same time Syncrude opened its new R-and-D centre in Edmonton. But Mal spent a significant time tackling reliability and maintenance challenges at both Mildred Lake and Aurora before returning to Edmonton to manage R-and-D in 2016.

“So we were researching technologies even before we started operations in 1978 and producing crude oil.” In that time, Syncrude’s scientists have earned 227 patents. But Mal notes the return on investment is just as impressive. “Syncrude has spent $1.51 billion on research and development resulting in technologies that have contributed$35.8 billion of value to our operation. Syncrude sees the value in innovation because the oil sands are still a relatively young industry with considerable room for technology advancements.”

But research doesn’t just go towards increasing production. More than half of Syncrude’s spending today is committed to improving the company’s environmental performance. Carla Wytrykush, an ecologist on Syncrude’s mine closure research team, joined the company in 2007 after spending time in the field while completing her PhD on how biodiversity relates to ecosystem function on wetland reclamation sites in the oil sands. “I saw the commitment Syncrude had to doing things the right way while I lived in the region so I was happy to continue with that work when they gave me the opportunity,” says Carla, a Winnipegger who studied at the University of Windsor. 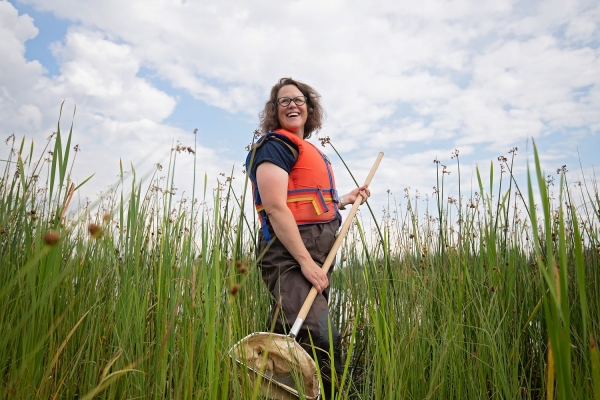 And Carla still spends as much time in the bush as the laboratory, having worked on Syncrude’s award-winning Sand Hill Fen Research Project. “I have to see the plants and smell the soil. You have to experience it to learn from it,” explains Carla, who now works on Syncrude’s Base Mine Lake project, which involves water capping fluid fine tailings. “Some of the most rewarding work is when I’m taking members of Indigenous communities out on the land, walking around and talking to them about what they see and how they feel about it. It stretches my science brain to consider my work from their different perspective. It motivates me to incorporate that perspective to make sure we end up in the right place with land we can hand back to local communities properly.”

And Carla sees reaching three billion barrels as an important milestone for her and other scientists committed to improving Syncrude’s environmental performance. “Those barrels represents a lot to me as a Canadian but also as a researcher,” she says. “It represents land to reclaim, investments made in R&D and contributions to the body of scientific knowledge that moves Syncrude and the industry forward.” 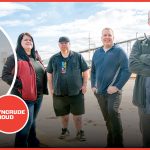 What does it take to build a tightknit team? 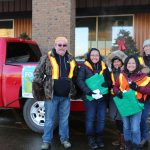