When it comes to reclamation research at Syncrude, one thing holds steadfast – not all landscapes are created equal. In fact, the differences can be startling. Even more so, the reasons behind it.

Barely 30 kilometers from Syncrude’s Base Mine at Mildred Lake is its Aurora North mine. They are close in proximity yet vastly different in their landscapes. The story behind this goes back around 18,000 years to when glaciers covered most of the continent. Global temperatures started to rise and the glaciers began a gradual retreat. Glacial melting eventually created a massive body of water called Lake Agassiz that spanned from what is now Saskatchewan to Ontario and as far south as South Dakota. The eastern outflow of Lake Agassiz was blocked by ice, until a water-level low point was reached in the landscape in northwestern Saskatchewan, triggering a colossal flood that cascaded through the Clearwater River valley, then north through the Athabasca River valley. Geology experts estimate the average flow volume was 2.4 million cubic meters per second over 80 days, which is approximately 10 times the peak flow volume of the Amazon River, the largest on the planet. 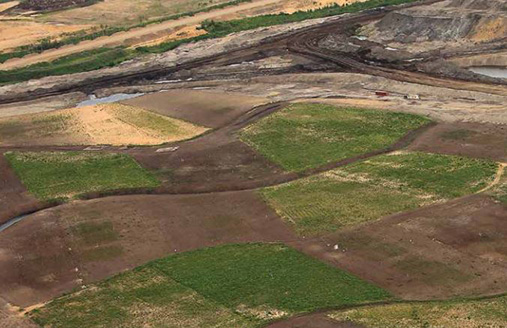 The epic flood eroded the area around the Athabasca River and the channel split in two at the site of Syncrude’s Aurora North lease area. The flood was so powerful that it obliterated the glacial deposits in its path and some of the oil sand formations that are mined today. In its wake, the flood deposited an assortment of sands and gravels with a mix of oil sand material throughout the region. This event played a significant role in the reasons behind the differences in the natural soils and ecosystems at Aurora North and Mildred Lake. These differences also had an impact on the reclamation strategies employed at the two mines. The knowledge gained from decades of reclamation at Mildred Lake wasn’t always directly transferable to Aurora, which is why Syncrude established the Aurora Soil Capping Research Study in 2012.

The goal of the research study is to provide

on the appropriate reclamation soil cover design for the unique soils and overburden materials left after the Lake Agassiz flood.

This is so that Syncrude can re-establish the unique upland vegetation species that were present prior to mining. Syncrude assembled a team of highly respected academic researchers from the universities of Alberta and Saskatchewan, as well as qualified environmental consultants to collaborate on the design and execution of the research program at the study.

Collaboration with universities provides an opportunity to work with experts in a range of environmental sciences and have research findings published in peer reviewed journals that have met the rigorous scientific standards expected from their peers. Publication of findings that have undergone and met rigorous standards of their peers, as well as a universities strict set of institutional ethics, helps ensures the public that it’s high-quality research. Syncrude then applies these findings to develop best management practices for reclamation.

This collaborative approach has been adopted on a number of other studies such as South Bison Hills, the Sandhill Fen and Base Mine Lake research watersheds, all yielding successful outcomes.

In order to meet its objectives, the Aurora Soil Capping Study was constructed as a large-scale research watershed made up of 36 plots each larger than a football field. Each plot differs in soil reclamation material and/or its capping thickness. Construction of the study was completed in 2012 and research and monitoring in a range of environmental science disciplines continued thereafter.

“To date, the studies have yielded some very informative results, namely that the oil sand materials present in reclamation do not present as great a risk as originally believed and that early vegetation establishment and growth is promising across a range of soil covers,” says Marty Yarmuch, Senior Reclamation Research Scientist.

This bodes well for our reclamation at Aurora North, as there is an opportunity to optimize our soil capping thickness and provide flexibility for our soil reclamation operations.

Syncrude’s commitment to returning the land to an equivalent land capability requires an investment in environmental studies focused on natural and applied sciences. Collaboration with third-party expertise and working with Syncrude’s planning and reclamation groups will result in the development and refinement of best reclamation management practices. With world-class research efforts, including the Aurora Soil Capping Study, Syncrude is on the path to meet the reclamation challenges of today and the future. 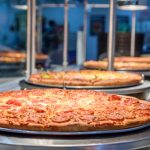 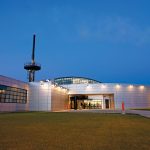