The Board of Directors of Syncrude Canada Ltd. today announced the appointment of C.F. (Charles) Ruigrok to the position of Chief Executive Officer of Syncrude effective December 15, 2003

(Fort McMurray, Alberta) – The Board of Directors of Syncrude Canada Ltd. (“Syncrude”) today announced the appointment of C.F. (Charles) Ruigrok to the position of Chief Executive Officer of Syncrude effective December 15, 2003 and coincident with the retirement of E.P. (Eric) Newell, whose announcement was made separately earlier today.

C.F. (Charles) Ruigrok is currently Vice President, Oil Sands Development & Research for Imperial Oil Resources with responsibility for all aspects of the development and research associated with Imperial’s extensive oil sands assets. Since 2000, Mr. Ruigrok has been a member of Syncrude’s Management Committee and Board of Directors.

A native of North Augusta, Ontario, Mr. Ruigrok is a graduate of the University of Western Ontario with a Bachelor and Masters degree in Civil Engineering.

Mr. Ruigrok joined Imperial Oil in 1981 as Project Engineer at Imperial’s Sarnia petrochemical plant. Over the next 10 years, he held a number of operational and staff positions with Imperial and ExxonMobil in Sarnia, Toronto and Houston. In 1991, Mr. Ruigrok was appointed Manager, Energy Chemicals for Imperial Oil located in Calgary. This position was followed by assignments in Corporate Planning in Toronto, and production management roles in Calgary and Houston. In 2000, he was appointed to his current position.

He has served or currently serves on the Board of Directors for Progas, Rainbow Pipeline Company, Alberta Chamber of Resources, and Petroleum Technology Alliance Canada. Mr. Ruigrok also has been an active member of the Canadian Association of Petroleum Producers and is a member of the Professional Engineers of Ontario. 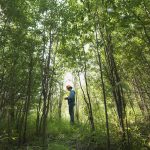 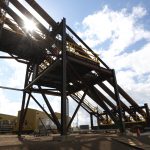